The NAI is delighted to share with you its statistics of 2020! The NAI is the largest general arbitration institute in the Netherlands, a solid and innovative organisation with by far the most experience with and knowledge of different forms of ADR. The NAI is located in the centre of Rotterdam, the vivacious trading centre of the Netherlands with one of the largest ports of the world. 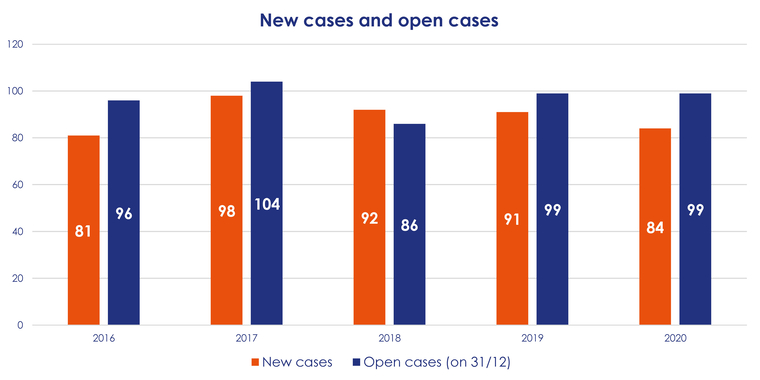 In 2020, the NAI saw a continuation of the steady influx of new cases, with 84 new cases being registered and 99 total cases pending on the 31st of December 2020. 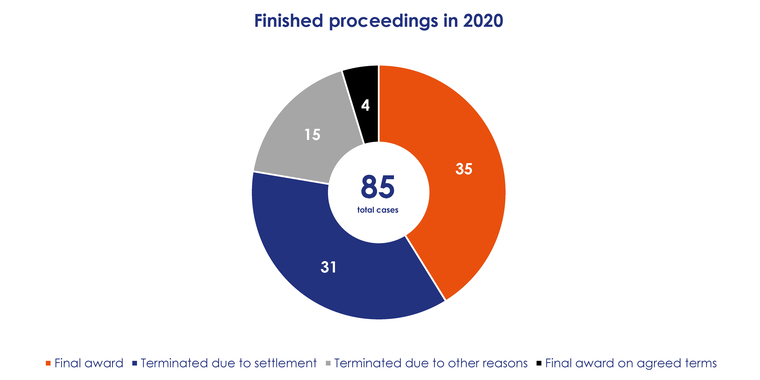 *includes all pending cases in 2020

In 2020, the NAI saw a healthy balance between awards rendered by arbitral tribunals (41%) and parties terminating proceedings due to reaching an amicable settlement (36%). 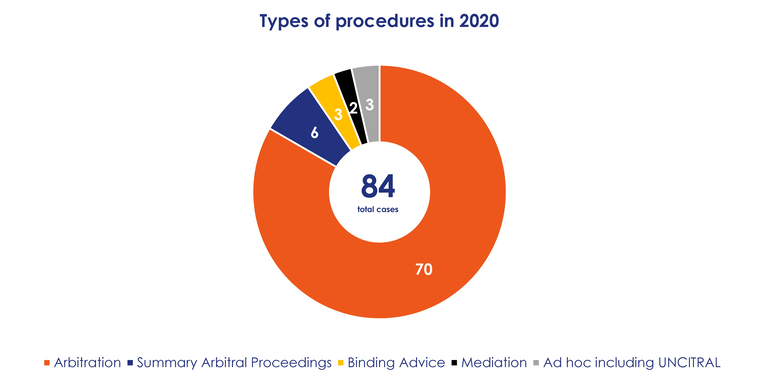 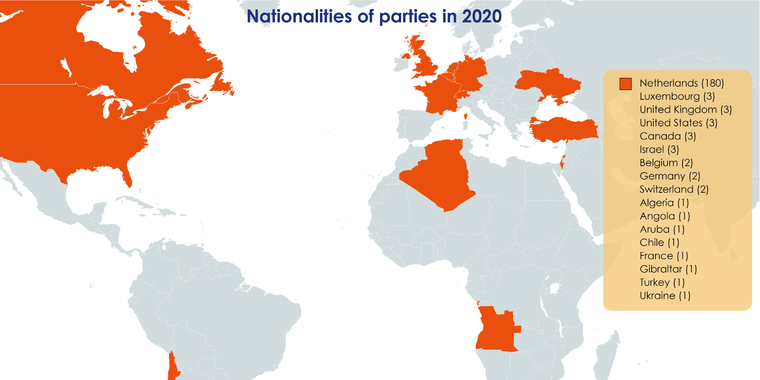 The balance between Dutch (57%) and English (43%) exemplifies the NAI’s proven strength in administering both national and international disputes.

The majority of appointments of arbitrators in 2020 were by the parties and co-arbitrators directly (73%), however, a sizable number of arbitrators were appointed through the NAI’s unique list procedure (16%), and directly by the NAI (11%).

**see also, the two following charts on appointments through the list procedure and direct appointments by the NAI

**see also, the following chart on direct appointments by the NAI

We take great pleasure in showcasing that significant progress has been made in equalizing the gender of arbitrators directly appointed by the NAI. Since signing The Pledge in 2016, the NAI has been actively striving towards equal and fair representation in arbitration proceedings.

The diversity in the sectors of disputes commenced in 2020 highlights the NAI’s position as the largest general arbitration institute in the Netherlands. It also highlights the breadth and depth of the NAI’s arbitrator pool, who are able to apply their expertise in a diverse range of disputes.